The ad-hoc, manually-controlled, and more 'modern' set of brain activities, mostly occurring in the newer parts of the brain. The frontal lobe and the more recently-evolved brain regions play a central role; those regions provide us with more sophisticated capacities. The IS is different from consciousness (CN) because the IS references the newer brain regions and a higher order of sophistication, while the CN does not. The IS is a collective name for brain components and areas responsible for advanced, controlled functions.

Self-starting, automatic, primal, probably archaic, less-controlled brain activities, mostly occurring in the older parts of the brain. Examples include hunger, the desire for safety (for survival purposes), and the sex-drive (to ensure continuation of the species). The amygdala and other surrounding primal brain regions probably play a central role. The NS is different from the subconscious (SC) because the IS references the brain's evolutionary status, context and capacities, while the SC does not. This is important because less-sophisticated brains, such as those of reptiles have a NS but little or no IS.

The total inherited mental capacities and qualities, along with any new development thereafter, collectively represented as one's disposition, the sum of the NS and IS.

Obtaining superiority over something or someone else for gain or advantage.

Nonsense, ignorant or incorrect communication, distortion of reality, or an outright lie.

Temporarily elevated or euphoric neurological state, usually following the secretion of substances such as endorphins.

The ability to speak, act and exist in absence of suppression.

Performance and yield above and beyond the subjective or objective norm.

The pseudonym of the person who birthed The Quick and Brutal Guide book series.

The Quick and Brutal Guide™

The Quick and Brutal (mini) Guide

A spin-off of the The Quick and Brutal Guide™, normally shorter in length. 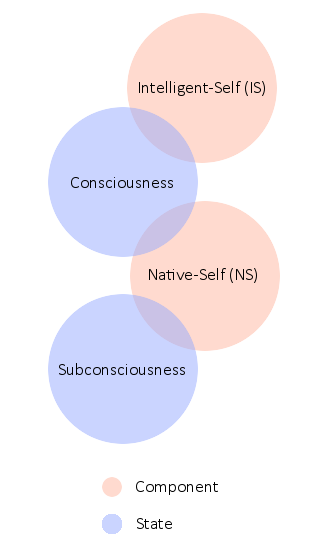 Download the Android app and get daily quotes to your mobile phone.

THE WWW.MOSES.GURU™ LOGO AND THE QUICK AND BRUTAL GUIDE™ BOOK SERIES ARE REGISTERED TRADEMARKS, ALL RIGHTS RESERVED.